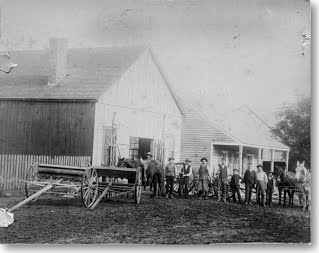 As one of the oldest cities in St. Charles County, Cottleville has been working to preserve and enhance its historic downtown district which is home to; shops, businesses, restaurants, a U.S. Post Office, churches, a grocery store, pubs, City Hall, and 210 acres of parks.

The City completed a Master Plan for the area in recent years and launched a $1.2 million StreetScape project in 2011 to add 120 parking spaces, lighting and sidewalks to the historic downtown area along Highway N. The goal is for Old Town Cottleville to retain the best of its past and be a distinctive center for the Community. From the years 2015 thru 2019, similar streetscape improvements were made to Fifth Street and Main Street. Additional streetscape improvements are coming to Chestnut Street and the remaining portions of Main Street.

The Town of Cottleville is one of the oldest in St. Charles County. As far back as 1800 there existed a group of houses located near the spot where the old Boone's Lick Road crosses the Dardenne Creek.

Cottleville, located along the old Boone's Lick Road, was first settled by Captain Warren G. Cottle, who secured a land grant from the Spanish in 1798. The area did not develop much until the John Pitman family of Kentucky settled about one and one-half miles west of town in 1810. Captain Warren Cottle died in 1811. His son Dr. Warren G. Cottle Jr and his children, who were quite numerous, inherited his extensive farmlands. It was said of Dr. Cottle that he farmed extensively and practiced medicine occasionally because there was little sickness among the people, and those who got sick had no money to pay for his services. One of Dr. Warren Cottle Jr.’s sons, Lorenzo, inherited about 200 acres of land located on both sides of the Dardenne River. In 1839, Lorenzo parceled into lots that part of his property lying on the east side of Dardenne and named the town Cottleville in honor of his deceased father and grandfather. Before that time the village was sometimes called Dardenne or Pin Hook. Other early settlers were George Huffman, also from Kentucky, prior to 1803; Aaron Rutger, a Hollander, prior to 1809; Nathaniel Simons from New England; and Nicholas Contz, a Pennsylvania Dutchman. 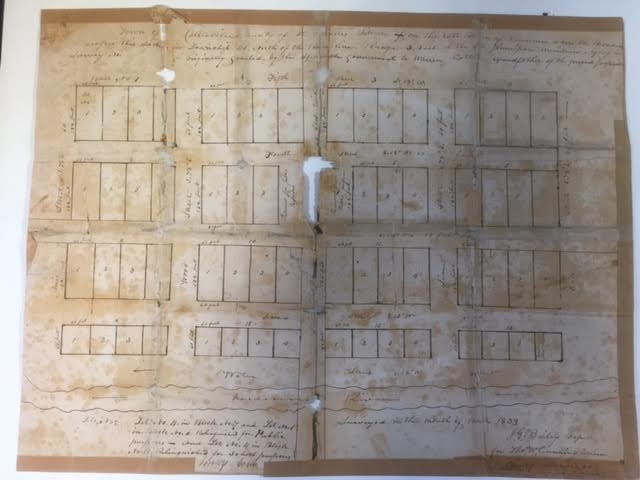 Another prominent landowner of that era was David K. Pitman, whose land adjoined that of the Cottle's. During the 1850's and 1860's, he laid out two subdivisions to the town. The Village of Cottleville prospered so that at one time it numbered eleven places of business, two hotels, and a population of 500 people. In 1846 the town became a rival of St. Charles and petitions were circulated to have the County Seat of Justice transferred from St. Charles to Cottleville. The people of St. Charles heard about this daring attempt and soon had many counter-petitions circulated. This ended the ambitions of Cottleville's citizens to bring the County Seat to Cottleville. 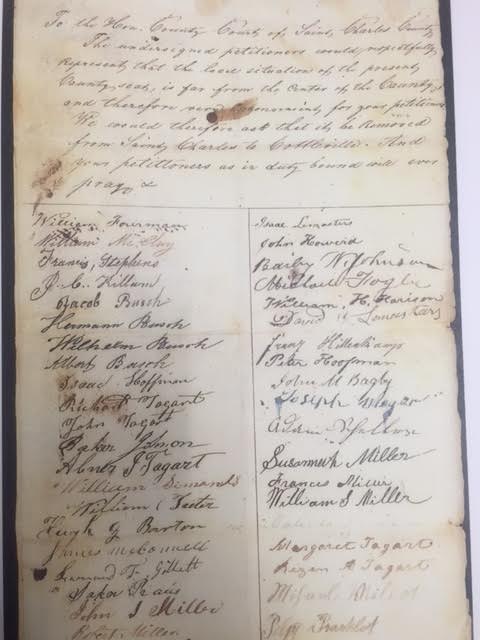 The historic Boone's Lick Road (now Missouri State Route N) began as a trail leading from St. Charles to Boone's Lick in Howard County. It follows the route blazed by Daniel Boone's sons to a salt lick they discovered in Howard County. Within St. Charles County, the early Spanish Grant settlers followed it as a route between their farms and the City of St. Charles. From St. Charles it passed through Harvester, Cottleville, Dardenne, Pond, and Pauldingville into Warren County. This road was, at one time, an Indian trail, and also one of the principal highways leading westward through Missouri. Along its path traveled many covered wagons, stage coaches and pony express riders.

Often, travelers became stranded at the point where the Boone's Lick Trail crossed the Dardenne River/Creek in Cottleville, because of the frequent over-flowing of the stream and the muddy condition of the bottom lands through which the road passed. Gradually, small places of business came into existence, such as; country stores, wagon repair shops, little hotels, etc. Two grist mills where wheat and corn were ground into flour and meal, were in operation by 1804.</p
It became the stagecoach route over which travelers and mail were transported. Many covered wagons traveled the Boone's Lick Trail to settle in counties west of St. Charles County. Later, the Boone's Lick Trail was the route followed by those who branched off to follow the Oregon Trail, the Santa Fe Trail, and the California Trail. During the Civil War, troops and supplies were transported over this route. Later, cattle and mules were driven over the route on the way to the railroad and auctions.

In the 1850's, a timber plank road was built from St. Charles westward along the Boone's Lick Road as far as Cottleville. The road was known as the Western Plank Road. Ultimately, the road project failed because the timbers soon began to warp and rotted away after just a few years.

During the Civil War, Cottleville was the location of a famous recruiting camp named Camp Krekel.